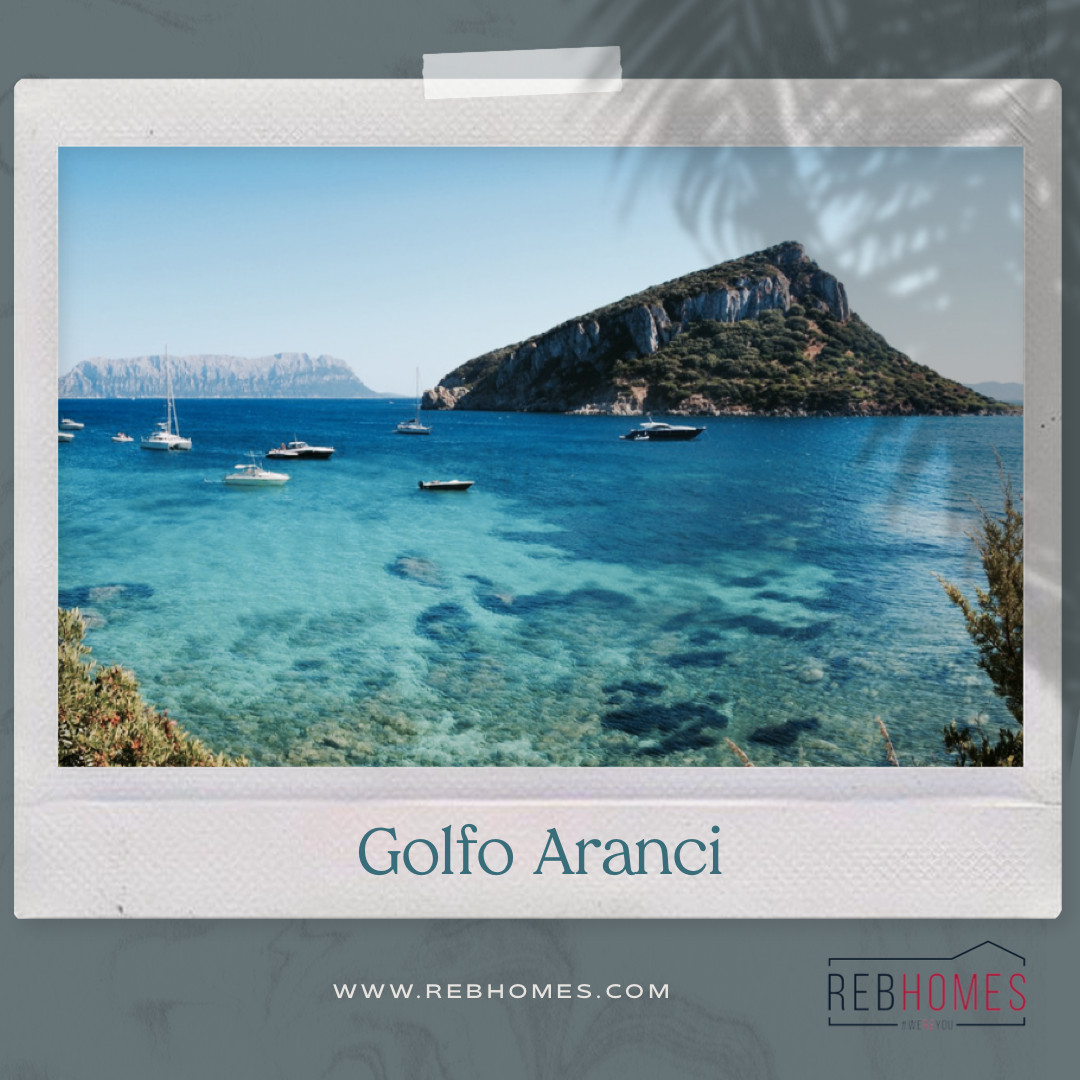 Golfo Aranci, misinterpretation of the toponym Gulfu di li Ranci, "gulf of crabs", by cartographers of the mid-twentieth century or perhaps inherited from the enchanting beach of Sos Aranzos

"So I would call this population as a reminder of an ancient city that thrived under the Romans ..” 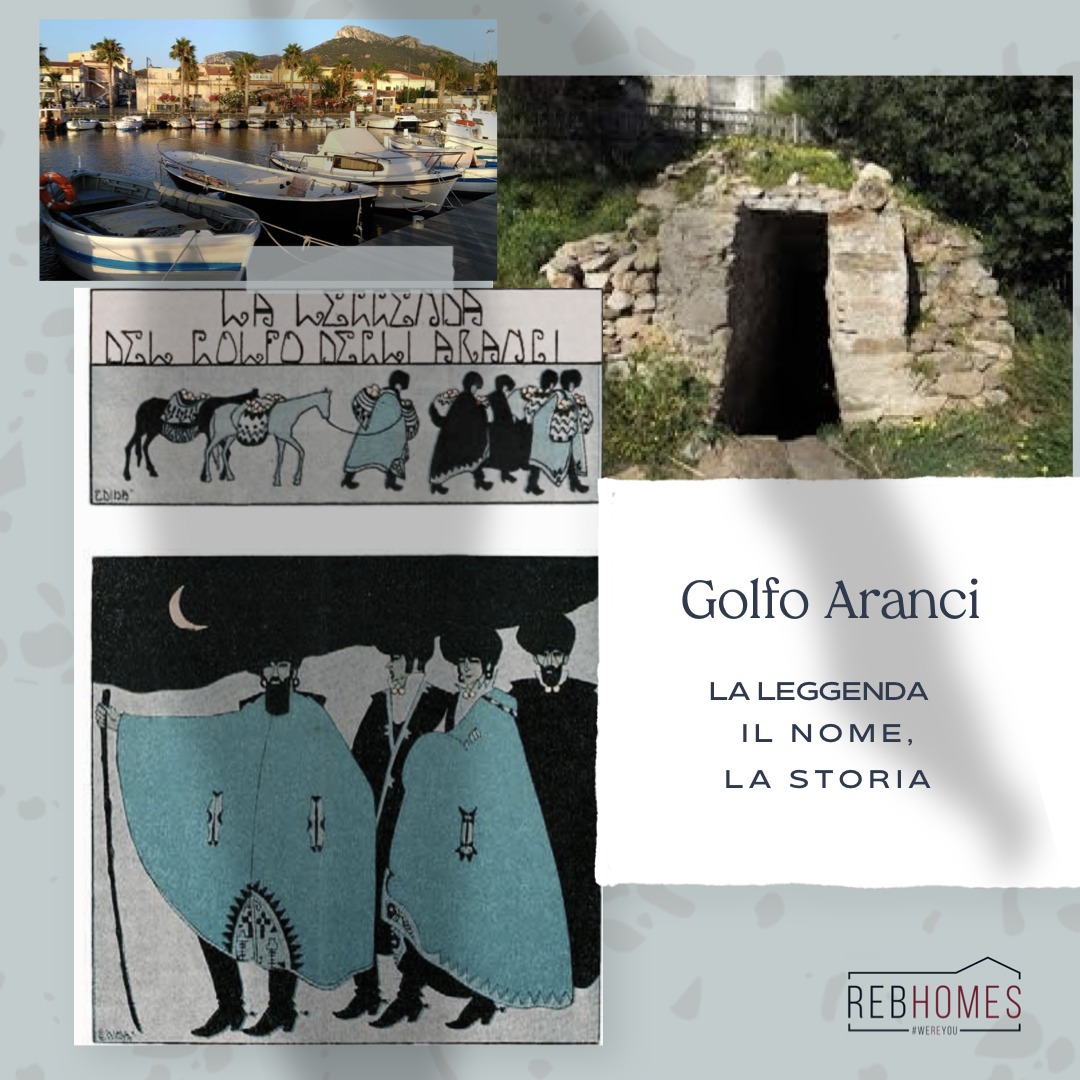 Once the shepherds saw the sea of the gulf change color, and from blue to suddenly become orange...

Overlooking the Gulf of Olbia, Golfo Aranci extends over a strip of land in the middle of the sea, reaching the base of Capo Figari, ideal for diving - especially at the Roccia del Mamuthone and Capo Filasca - and trekking within a naturalistic oasis, habitat of mouflon and rare birds, which includes the overlooking islet of Figarolo.Get to know GAA bit of history.From coastal garrison, the fundamental hub of traffic and trade between the island and "continent", too glamorous, but authentic, worldly but picturesque tourist destination, which still retains the soul of a seaside resort,  with its docks colored by poets, floating and nets, caressed by the waves of the fleet of fishing boats returning from the sea after today's exits, by the brackish air that permeates the alleys of the historic center, a maze of corridors and houses.On the promontory some fortifications and the large lighthouse, famous for the experiments of Guglielmo Marconi (1932), remind us of the strategic importance of this community, which enjoys an enviable position in the center of the Mediterranean. Inhabited since the Nuragic age, as confirmed by the sacred well of Milis (VII-VI BC), it became a Roman port in ancient times, continuing the tradition of the ideal landing place and coastal center. Since the beginning of the twentieth century, it has been a freight yard and, since the sixties, it has been the second access from the sea to Gallura. The inhabited center, originally a fishing village, Municipality since 1979, populated by two thousand and 500 inhabitants, GA has experienced an incredible tourist development, entering the panorama of Sardinian tourism, a stone's throw from the Emerald Coast to the north and the marine area of â€‹â€‹Tavolara to the south, without losing its originality.

Excursions by sea and paths by land lead to spectacular coves with sandy paradises that alternate with cliffs overlooking turquoise and crystal clear waters. Over twenty beaches, some wild, others comfortable and equipped, such as the Five Beaches, white sand and fine to welcome you in beaches, overlooking the town, to follow each other.

Get lost in the country, to find the authentic character of the village. Colored houses, which collect the sun's rays and the and the shades of the sky and the sea; alleys that host traditional restaurants and trendy clubs in which to savor the local cuisine with seafood specialties and typical Sardinian dishes; a promenade and a course where you can go shopping in the lively promenade in the center, between local brands and crafts, an unmissable appointment on summer evenings.

A large beach is part of the town, 1 km away is the beautiful Cala Moresca, with its sheltered bay, the ancient lime kilns, the climb to Capo Figari, from which Guglielmo Marconi transmitted his first radio signals to Civitavecchia.Towards Olbia Spiaggia Bianca, fine sand alternating with rocks, the beautiful Cala Sassari, the enchanting expanse of Nodu Pianu, separated by a small path from the wild beauty of Cala Banana; Baia Caddinas, chosen even by dolphins, the coves of fine sand of Terrata, the beaches of Baia de Bahas, small sheltered pools. Towards Porto Rotondo there is Marinella beach, a kilometer of gentle slopes of soft sand, smooth rocks and emerald sea. Around Capo Figari, here are the fine and golden sandy beaches of Cala Moresca, the protected reserve of Cala Greca, a pink pebble beach hidden by cliffs, the delightful Cala del Sonno, where fishermen used to take refuge, and Cala Sabina, a sandy beach from Caribbean appearance, reachable by the railway that runs along the promontory. Nestled in the seabed off the third beach, there is the MuMart, a submerged contemporary art museum, which can also be visited by snorkeling, and the spectacular submarine Mizar, an 'open sea' aquarium.
It is no coincidence that Golfo Aranci hosts the International Dolphin Research Center. 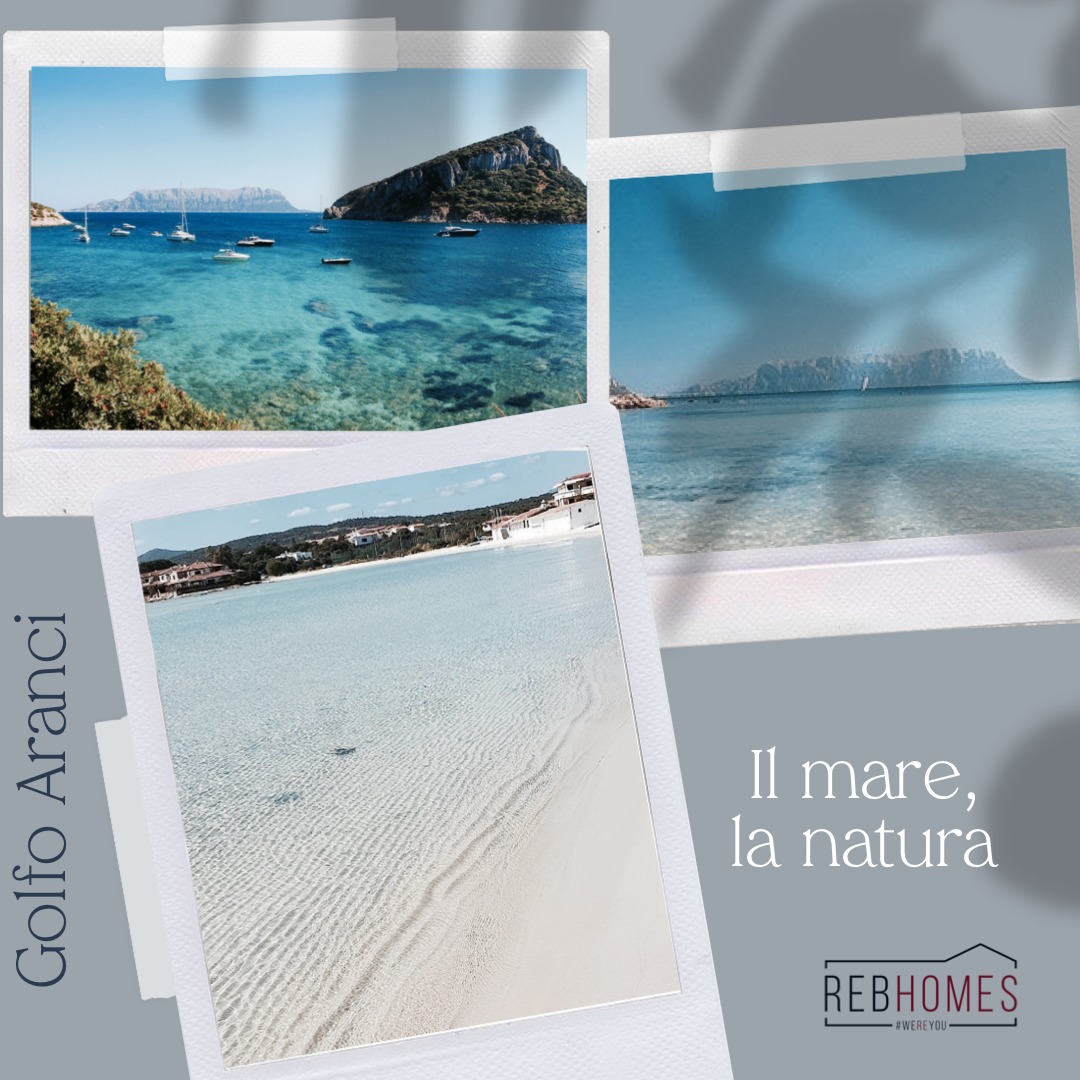 Why choose Golfo Aranci?
For its vitality, for its informal and authentic character, for its being a characteristic, but modern resort with accommodation and tourist policy, just think of the rich program of interesting summer events, very popular and varied, which has a huge success and attracts customers from all over the coast (www.golfoarancieventi.it).

The beautiful mermaid who greets us at sunset
Cala moresca, what else?
The suggestive promenade, between granite and steel, stainless steel and barren rocks, quays and lobster pots - witnesses of a port that still lives industriously - while the children challenge the spurts of the beautiful fountains with water games or stroll by bike, where they parade folk groups and you capture the scent of fried fish or an irresistible pancake
The feast of the Assumption on August 15th with the incredible fish festival
Marconi Station and the testimonies of the railway that loaded the wagons on Ferrovie dello Stato ferry (such as the revolving rail for locomotives), authentic glimpses from the Second Industrial Revolution, the indisputable charm of a distant past that still leaves the aftermath in the mid-twentieth century,

The port of Golfo Aranci is located on the north-eastern coast of Sardinia and, together with that of Olbia, is the main port of call for Sardinia. Located a short distance from the town and the beaches, it was born as a merchant port and connection of the State Railways in Sardinia. It currently has over 1 million passengers per year, thanks to its location near the Costa Smeralda and the tourist resorts in the north of the island.
The Maritime Station is also the railway terminus of the Cagliari - Golfo Aranci line, where all reception services can be be found. The marina has been approved since 2007.
The center of Golfo Aranci is located about 1 km from the port area, reachable from Via Libertà, Via dei Marinai and Via dei Caduti and can be reached by car via the SP16.
From Olbia via the SS125 with deviation SP16 towards Golfo Aranci.
Golfo Aranci can be reached by train via the lines of the national railway network, stopping directly at the port.
From Olbia Costa Smeralda airport, about 16 km away, you can reach the railway station and take the train to Golfo Aranci. Alternatively, take a public service bus, or a private shuttle.

Our proposal in Golfo Aranci

Leaves a request Propose a property property evaluation Contact us 07891782906